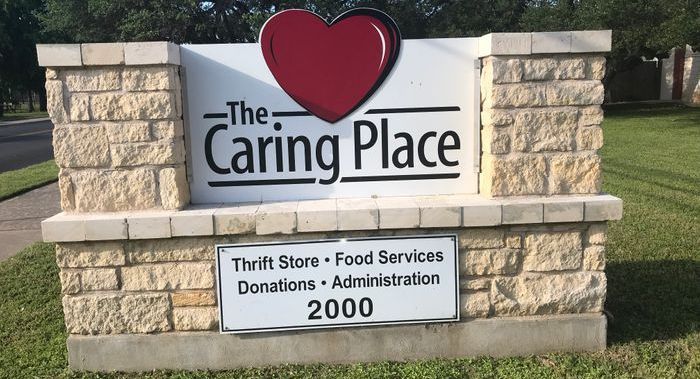 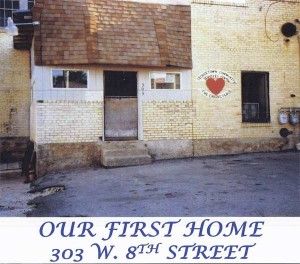 To provide for the basic human needs of all people in our community in a welcoming, respectful and caring way.

As a community nonprofit that provides basic needs, The Caring Place recognizes that racism and socioeconomic disparity exists in our nation and in our community, and we will work to eradicate both. We are committed to: welcoming and serving all neighbors in a caring way; listening to and engaging with our neighbors to make improvements; and, better reflecting the diversity of our community in our leadership and workforce. We value every individual and believe that treating all people with dignity, respect, warmth and kindness affirms both our humanity and theirs. In the wisdom of Dr. Martin Luther King, Jr., “Darkness cannot drive out darkness; only light can do that. Hate cannot drive out hate; only love can do that.” The Caring Place continues to strive to live up to its name, and fulfill its mission to provide for the basic human needs of all people in our community in a welcoming, respectful and caring way.

To be the leader in stewardship and service in Texas.

The economy had gone bust.  Many people in Georgetown were laid off and were having trouble paying their rent and utility bills. Many were hungry and unable to afford groceries for their families or buy clothing for the children.  So it’s today?  No, it’s 1985 in Georgetown, Texas.  Back then, families went from church to church and to the County seeking financial assistance, clothing and food. Today, people from all over Georgetown and northern Williamson County can go to one place – The Caring Place – for assistance with basic human needs.

Although many leaders and volunteers helped make The Caring Place a reality, two women from the community started it all. Yolanda (Yoli) Branson, a volunteer at St. Vincent De Paul Society, and Marty Maxwell, an outreach worker at the Madella Hillard Neighborhood Center with Williamson Burnet Counties Opportunities, had a vision. They approached the Georgetown Ministerial Alliance (comprised of the pastors of eleven Georgetown churches at the time) and asked them to create a single place where people who needed emergency assistance could go for help. 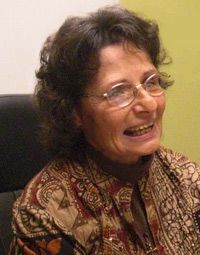 Doris Krohmer, an original Board member, for whom The Caring Place’s Volunteer of the Year Award is named, provides a perspective on the origins of The Caring Place.  “My pastor at First Presbyterian invited me to that first organizational meeting. You had all these ministers at the end of their ropes. They were broke. The economy in Georgetown had just gone bust.  Many people had lost their jobs, especially people in construction, and they were really suffering. There was no coordinated effort to help. Welfare was weeks behind. The ministers were desperate because there were no resources available. They realized that if they pulled together they would be able to do far more than they could individually.”

Rev. Tim Antwerp from Christ Lutheran and Rev. David Duncan of First Presbyterian took the lead in helping to organize the churches to create such a community center.  They also formed the first Board of Directors, made up of a lay volunteer from each of the member churches and additional community leaders like Charles Steger (the first Board President), Norm Peters (the first Board Vice-President), Howard Burt, William Hoeflein (the first Treasurer), Sue Meadows and Doris Krohmer.

Former Georgetown Mayor Carl Doering donated the first building, an old slaughter house on 8th Street.  It had no heat and no air conditioning, and presented a real challenge to clean up.  Even so, the original founding team was very excited to get into the building. The first day of business was June 8, 1985.  The inventory was a few bags of donated clothes and the cash box contained $17 in donations.  With a great deal of faith, the first few volunteers set about recruiting volunteers from the various churches and civic organizations.

In 1986, Jeanne Mosier generously donated a space in the Industrial Park North for The Caring Place, which had already outgrown the slaughter house. The organization grew and prospered, though not without enduring and surviving some tough economic times.  In 1990, The Caring Place opened a new, larger facility at 2001 Railroad Avenue, which allowed the thrift store to become a significant source of income.  Soon outgrowing that facility, the current building at 2000 Railroad was built in 2004, and enlarged the very next year.  Six years later, that building was bursting at the seams.  The 2011 expansion provided a larger food pantry, food warehouse, an expanded Programs & Services department and space for additional specialty departments within The Shops at The Caring Place.

The next year, the Board of Director purchased the property across the street at 2001 Railroad Avenue that served as The Caring Place from 1990-2004.  That building was renovated and in late 2013 hosted educational programs and complimentary services offered by other nonprofit organizations.  Again, by 2017, we had outgrown the space available at 2000 Railroad, and opened a second Thrift Store, Second Helping on 3700 Williams Drive.  The Programs & Services department moved shortly afterwards across the street to the facility at 2001 Railroad 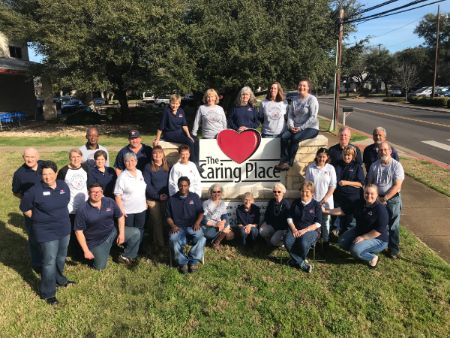 ALL TCP LOCATIONS OPERATE ON A 2-HOUR DELAY FRIDAY, FEBRUARY 3.

All TCP locations are closed on Monday, February 20th.

Our Amplify campaign has begun! If you are planning to make a monetary donation, we ask that you please do that on our Amplify page HERE. All donations are being matched on that page only until March 2nd at 6:00 p.m. THANK YOU!