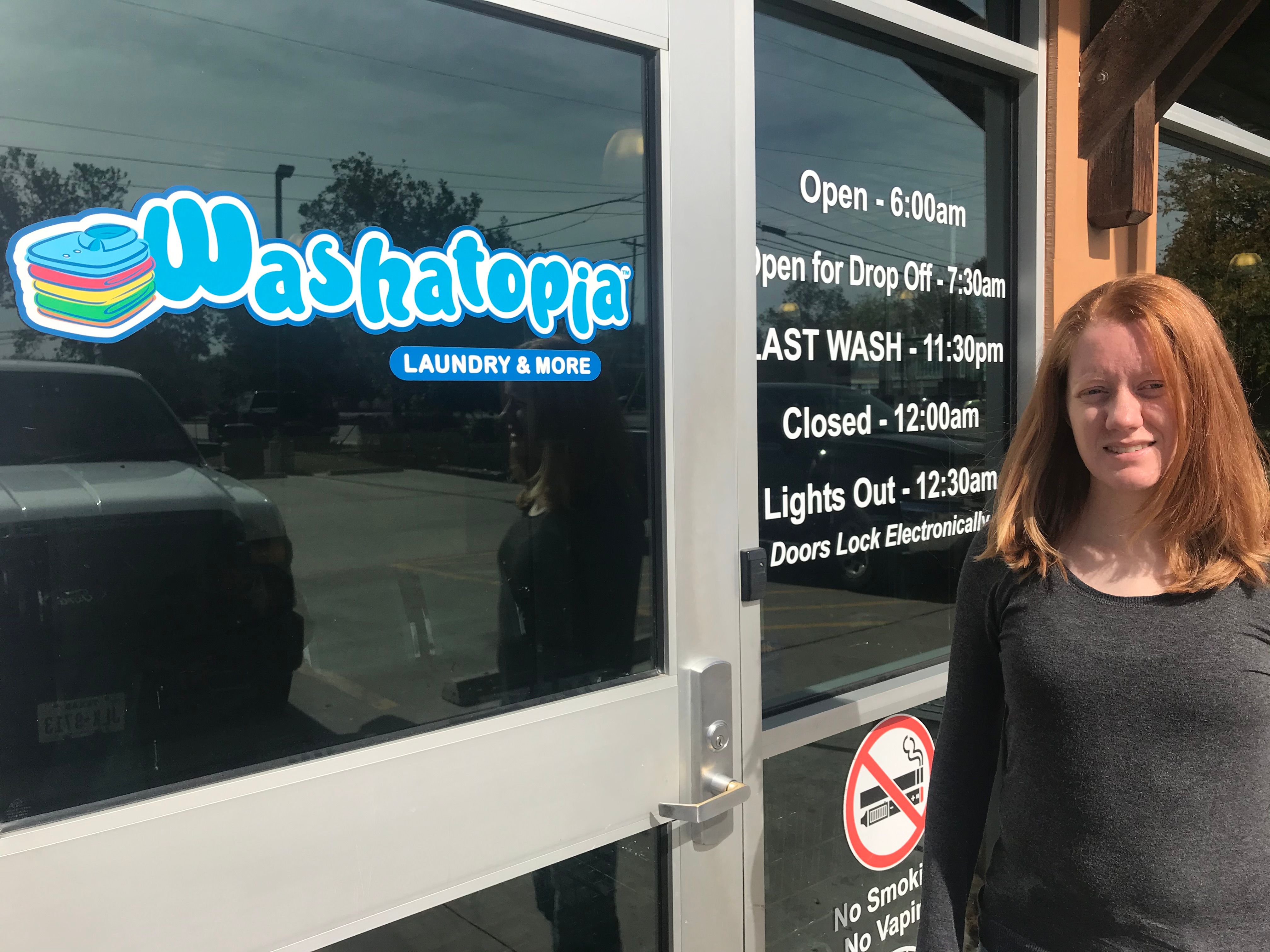 Anyone can experience a financial crisis and Tommy Bailey knows firsthand.  In late 2009, Tommy experienced a turn in life that would impact her in both a challenging and wonderful way.  Her significant other lost his job, and they had an infant to care for.  With the hopes of better opportunities, they moved from Burnet to Georgetown in January of 2010.  Tommy says moving to Georgetown was the best decision she ever made, but a struggle came first.  And, as Tommy shared, “You can’t know good without experiencing some bad.”  However, she’s glad the bad now feels like a distant memory.

Let’s start with explaining those trials.  The loss of the job in Burnet wasn’t the only challenge at the time.  When this pair planted themselves in Georgetown, they began a job search.  It took her significant other over a month to find something part-time and even with that position, his hourly pay was significantly less than what he was used to.  Tommy wrestled with the decision to find a job or care for her young child.  She knew childcare costs would likely eat up her paycheck in a hurry so she took on a variety of odd jobs like cleaning houses or mowing lawns to bring a few extra dollars into the household.  Her significant other also took on a second job to help make ends meet.  At some point in their first eight months in Georgetown, the hard working pair fell behind making a utility payment.  Then, things got worse; the car broke.  Tommy said, “I remember thinking, we have to fix the car and keep a job or pay the light bill.  We chose to fix the car to keep the job, and we got further behind on the light bill.”

Tommy can’t remember where she heard about The Caring Place.  She thinks that maybe a neighbor told her about the organization, but during that first year in Georgetown The Caring Place is where she ended up.  “I came in to get help with my light bill.  I remember the volunteer that helped me wouldn’t let me leave until I signed up for the Food Pantry, too.”  Tommy shook her head with a laugh, “That wasn’t what we needed help with.”  Tommy explained how that food did help more than she thought it would though.  She and her little family utilized the Food Pantry for three months.  They got caught up on car and utility payments and continued to live life in Georgetown, this time with better things around the corner.

Her significant other found better employment and she found a part-time job at Georgetown’s Washatopia.  The owner at the time was relaxed about her bringing her daughter to work from time to time, as she and her significant other traded childcare duties.  For this reason, Tommy mostly worked nights so her child had care at home.  After a couple of years of hard work, Tommy became the Manager of Washatopia.  At the end of 2015, the owner said, “If you’re ready to buy.  I am ready to sell.”  Tommy admitted she laughed at first, but then quickly realized it wasn’t a joke, and jumped at the opportunity.  January 1st of 2016 Tommy Bailey became a business owner.

In the last few years, Tommy found herself leaving one relationship and beginning a new one, like sometimes happens, but she says her family just got bigger.  For her child, she knew keeping those relationships positive is important.  Her own relationship is not the only one that has seen change though.  “Georgetown is an amazing community.  At Washatopia I’ve seen families grow up.  I’ve seen people fall in love, get married, graduate.  I’ve always wanted to be a business owner, but this community is what I love seeing at Washatopia.”

What’s it like owning your own business after knowing what it’s like to struggle?  Tommy says, “I’m still in disbelief.  It’s hard to wrap my mind around.  I still get giddy and excited when we receive great online reviews.  And, I still love being part of this community.”  Tommy also still wants to fill her big blue collection barrel from The Caring Place that is located inside of Washatopia.  Until the end of the year, if customers donate four or more nonperishable food items, they receive 30 minutes of dry time!

Tommy’s story definitely strikes a chord with a number of hard working families trying to make it.  We hope her story brings hope and inspiration as we enter a season that can be challenging to families working to make end meet.

If you find you are in a position to give this season, remember people like Tommy that found success after a difficult time and the role The Caring Place had in easing a burden, just by helping for a few months.  Your donations this year might be what the next Georgetown entrepreneur needs to get on their feet so they can make real change in their life!  Who knows what gifts will come from the seeds you invest in people now.

Please note COVID-19 has changed many programs and hours and you will want to check our website or Facebook page before arriving.